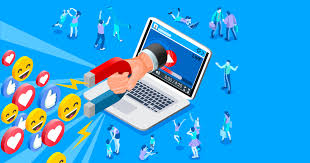 There are subtle signs that let a person know there are issues with a business’s IT network.People must know what they are. Once they know what to watch for, it isn’t hart to spot IT network warning signs. Usually, they stand out pretty clearly.

If a person is dealing with any of the red flags that are mentioned here, it is time to take a closer look at the network. It’s also a good idea to invest in a 5g test network, which provides a high level of security for any business or organization. The specific warning signs that an IT network isn’t as healthy as it should be are listed here.

Do people in the office use a shared drive for larger files, such as image files? If so, normal access time in the shared drive is just a few seconds. Even downloading a much bigger file won’t take too much longer. However, when this changes and the download time is extended, there’s obviously a problem.

If there are changes in an IT network’s speed, these are often indications that there’s an issue. There may be a problem with the service, or it may be time to inspect and repair the network cabling. The issue may even relate to Wi-Fi connectivity. The worst thing a person can do in this situation is to not just suffer through it. Slower network speed is usually a symptom of some other problem.

When it comes to Wi-Fi, if someone finds their connection is dropping regularly, there is probably a reason for that. Remember, Wi-Fi technology is far beyond the testing phase. Once the wireless IT network is completely set up and configured, it should stay reasonably stable. There are many people who still blame the devices rather than the Wi-Fi itself for speed issues. If a person is in doubt, they should ask around the office. When there are other people in the building that are experiencing the same type of wireless drops, it isn’t a coincidence—it means there is a problem.

If a person has ever called any IT help desk, they probably know the routine. A common troubleshooting technique is something that so simply it is pretty annoying: reboot. However, rebooting the computer or a server may help to fix an array of problems. Also, if a person is having problems with a specific app, closing and then reopening it often helps to clear things up. When the devices are restarted, it’s possible to start over and, hopefully, the problem won’t occur again.

While this is true, there is such a thing as having to reboot too often. No one should have to restart their device continuously. If this happens, it is an indication of an ongoing problem.

Don’t underestimate the benefits of knowing when there is a problem with the business’s network. Being informed and knowing the signs of problems is a must. If there are issues, working with professionals to deal with the issues is a must.